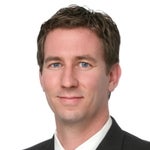 In 2011 Mr. Golden was nominated as one of San Diego's Top Attorneys by SDMetro magazine in the field of Consumer Law. He previously obtained a unanimous seven-figure jury verdict for a police officer victimized by discrimination and retaliation. On behalf of consumers he has successfully defended over 200 collection cases and prosecuted numerous cases for wrongful foreclosure and various violations of the FDCPA, TILA, and Rosenthal Act.

Thank you for contacting us. We will get back to you shortly.

Please complete all required fields below.