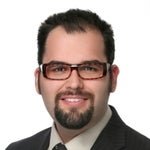 Mr. Cardona-Loya has been at the forefront of litigation against mortgage servicers since the economic collapse in 2008. He primarily focuses on representing consumers in their claims against mortgage servicers and debt collectors. He has stopped numerous foreclosures, obtained loan modifications with principal reductions, and obtained favorable and well-known court rulings under the Home Affordable Modification Program. He also brings experience in other areas of practice including immigration, personal injury, medical malpractice, and estate planning.

Medicare to Cut Physician Reimbursements.The Journal of Biolaw and Business, Vol. 10, No. 1, 2007.

Thank you for contacting us. We will get back to you shortly.

Please complete all required fields below.